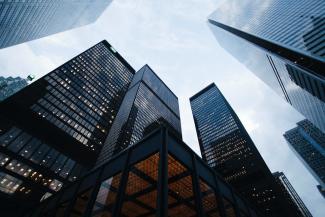 There might be no such thing as a free stock trade.

After the news that Charles Schwab Corp. and TD Ameritrade would soon be dropping trade commissions, some financial advisers and market experts say it’s possible mom and pop investors could still end up paying — just in a different way.

Inexperienced investors could overtrade or make risky stock bets, unimpeded by fees to make them stop and think a second, advisers told MarketWatch.

Inexperienced investors could overtrade or make risky stock bets, unimpeded by fees to make them stop and think a second, advisers told MarketWatch.

David Bize, an Oklahoma City-based financial planner, said that “do-it-yourself investors have had lowcost trades for years, which provided ample rope to hang themselves.” No costs would encourage even  more trades, which, he said, “most people do poorly, rather than a ‘buy-and-hold’ approach, which would be better for them.”

Starting Monday, Schwab is dropping its $4.95 commission per stock trade, ETF and option trade. TD Ameritrade is ending its $6.95 commission on Thursday. Late Wednesday, E-Trade ETFC, +0.34% also said it was ending retail commissions beginning Monday. The commission was $6.95 for the first 29 trades and $4.95 after up to 500 stock or options trades.

The fast-fading fees are another round in an ongoing race to shrink broker fees. But they also come during a time of stiff market headwinds: There’s the ongoing impeachment inquiry into President Trump, the tariff trade war with China and the drumbeat of a recession lurking somewhere around the corner — all things that could rattle retail investors.

“It has the potential to be a disruptive issue,” Kashif Ahmed, the president of American Private Wealth, a Bedford, Mass.-based firm, said of the slashed commissions. “The market is already delicate, so to speak. On top of that, you throw in people’s ability to trade without consequence.” He added, “Acting on no discipline and no cost, it’s a recipe for disaster.”

Others, speaking before the E-Trade announcement, said their big question now was how Schwab SCHW, -2.74% and TD Ameritrade AMTD, -1.18% would make up the revenue after erasing the commissions.

Gellasch, executive director of Healthy Markets Without the upfront commission, “it’s hard to assess service and value provided, and harder for market forces to work their ways to benefit investors,” said Micah Hauptman, financial services counsel at the Consumer Federation of America. Both Charles Schwab and TD Ameritrade emphasized they were lowering investing barriers without sacrificing quality.

“This is our price. Not a promotion. No catches. Period,” Charles Schwab & Co. CEO Walt Bettinger said in a statement. “Price should never be a barrier to investing for anyone, whether an experienced investor or someone just starting on the investing path.”

A Schwab spokeswoman said the assets under management rose to $3.72 trillion from around $2.9 trillion in February 2017, the last time the company lowered commissions. She pointed to commentary from Peter Crawford, Schwab’s CFO, saying the company has “a business model that doesn’t depend on commission revenue, a long-term orientation and a history of being willing to disrupt ourselves based on client needs and competitive dynamics.”

The scrapped commissions equaled $90 million to $100 million in quarterly revenue, which is about 3% to 4% of total net revenue, Crawford noted.  A TD Ameritrade spokeswoman said, “With $1.3 trillion in client assets, we have scale and a diverse business model with a range of different revenue streams.” She said the company was committed to the “best execution” of trades and “a consistent, quality and liquid trading experience for our clients.”

“We firmly believe that investing is a pathway to a better life and are fully committed to providing more people with the access, education, and help they need to confidently navigate and build a more sustainable financial future for themselves and their families,” she said.

The company has been building up its investor education offerings in the past year, she said, adding, “Relevant information, delivered when our clients could best use it, and in the formats they prefer, increases confidence and empowers rational decision-making.”

While the trading platforms are changing, the people using them stay the same. This could be part of the challenge in avoiding any overtrading and bad bets.

Behavioral economics research says people have an “mental accounting” system where they internally label money for certain activities and won’t replace it with other earmarked money. If someone sets aside $500 a month for stock trading but doesn’t hit the limit, he or she might just keep on trading.

While the trading platforms are changing, the people using them stay the same. This could be part of the challenge in avoiding any overtrading and bad bets.

Of course, there’s another behavioral economics theory that could make the case that investors with zero commissions will be cautious. The concept of “loss aversion” means “losses hurt more than gains feel good,” writes Richard Thaler, a professor at the University of Chicago Booth School of Business and giant in the behavioral economics field.

On Wednesday, some financial advisers said the erased commissions wouldn’t unlock the floodgates on ill-advised trades. They noted low-cost trades have been around for years.

“If the investor is scared due to current headline risk, their innate behavioral biases will likely lead to poor trades anyway,” said Risley Sams, founder and president of RHS Financial in San Francisco. “The fact that it won’t cost them any commissions is probably not the primary driver.”

Others welcomed the news on the scrapped commissions.

Mike Alves, the managing director and founder of Vida Private Wealth in Pasadena, Calif., said the news would lure more investors. By investing in the market, winning on some bets and losing on others, more consumers could actually become savvy investors — and better appreciate the services of financial planners like Alves.

“Sometimes our job is helping our clients avoid financial mistakes,” he said. “If I can save you from making a million-dollar mistake, how much is that worth?”

Andrew Keshner is a personal finance reporter based in New York.

We Want to Hear from You