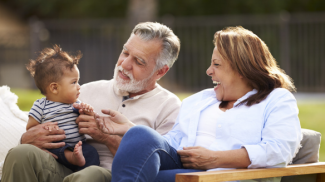 Have you started saving for your parents’ old age?

As though preparing for your own retirement isn’t enough, some people may need to start saving for their parents’ old age too, a recent study suggested.

More than half of people age 40 and older have not discussed aging with their parents, and 84% have nothing saved for their parents’ future should they need it, according to a study conducted by Mavencare, a home care provider. Still, nearly six in 10 respondents said they’re worried about their parents aging and another 58% said the cost of care, in terms of a caregiver, is a major concern. “Saving for parents old age is extremely challenging since most people have enough trouble handling their own retirement savings and health care concerns plus requirements from their children,” said Rand Spero, president of Street Smart Financial in Lexington, Mass. “One might ask, how many generations can we support?”

Health care in retirement is a major expense, and it only gets more expensive as a person ages. A 65-year-old couple retiring in 2019 can expect to spend $285,000, out of pocket, for health care in retirement, according to Fidelity Investments, but that figure does not include long-term care, such as having an in-home aide or going to a skilled nursing facility.

Many American adults today are in the middle of two generations that may rely on them. Someone in their 40s or 50s could still be assisting children through college or the first few years of adulthood, while simultaneously caring for elderly parents, financially, emotionally or physically, if they live nearby. Generation X is currently the generation caught in the middle — known as the “sandwich” generation — but they also need to focus on their own retirements, or they risk having too little stashed away for their own futures.

Family members should be open about their expectations for care and financial assistance in old age, said Howard Pressman, partner at EBW Financial Planning in Vienna, Va. “Increasingly, the success of one’s financial plan is dependent on family members being financially prepared as well,” he said. “If a relative needs money, this could put tremendous pressure on my client’s plan and in extreme cases, blow it up.”

There is no universal solution for any one person’s care in old age, nor how families may pay for or arrange that care, said Adam Blackman, chief executive officer and founder of Mavencare. “It is about starting the conversation early,” he said. “Some of these things take time and you need to be informed about solutions and really understand what is important for the family and loved ones.” Being proactive is better than reactive, he added, noting a medical event or emergency shouldn’t be the time to start these conversations.

Having to pay for both one’s current expenses as well as a loved one’s medical expenses can be stressful, but many Americans in past surveys say they would do that, as well as provide physical care, no matter what. A strong majority — 92% — of people in a Merrill Lynch and Age Wave report of 2,000 people said they financially assist their parents, such as paying the bills and handling insurance claims.

Family members may also want to meet with an elder care attorney, who can review current assets as well as strategies to maintain that money or use it appropriately for future health care costs, said Ian Weinberg, chief executive officer of Family Wealth & Pension Management in Woodbury, N.Y. If parents do have money to spend in retirement, Medicaid could disqualify them or the program could drain all they have. “This is the chicken and egg conundrum,” he said. “Protect the assets now (think shifting assets to an irrevocable trust), get parents Medicaid-eligible, let their health be covered — or consider going out of pocket for the biggest expense their parents (and they) will ever have.” Some clients have purchased long-term care insurance policies for their parents or in-laws, said Mike Alves, managing director and founder of Vida Private Wealth in Pasadena, Calif.

Some people may want to mix informal care, such as from a family, with a professional, or they may review housing opportunities and plan to downsize over time. Family members and other loved ones should discuss living arrangements — especially if nobody is in close by — as well as analyze the finances, listen to the patient’s wishes for long-term care and strategize medical events, day-to-day care and insurance claims. “Families will have a much greater success of coming up with the solution that best meets everyone’s needs.”