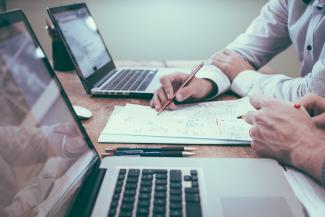 Mentoring: The Key to Retention of Diverse Hires

The business case for diversity has been a topic of conversation since the 1980s. And it feels like only recently the financial planning profession in particular is ready to take some action.

One of the many takeaways from CFP Board’s inaugural Diversity Summit held last October, is that we can start advancing the profession today by mentoring.

“Mentoring is crucial if we are going to get minorities up to speed in our profession,” said Louis Barajas, EA, CFP® professional. “Mentors help speed up the success process for financial planners. Especially those also servicing underserved clients.”

“It enhanced my textbook education with the practical/emotional side of the business,” Adi said. “My mentor definitely prevented me from making mistakes while delivering advice and challenged me to be my best daily.”

Mike Alves, CFP® professional, CLU® , CRPC® , said mentoring is the reason he even chose financial planning as a profession.

He went into finance through the investments route at Merrill Lynch, but he found something was missing—helping people.

Alves met a colleague who was a CFP® professional who suggested the CFP® certification.

“He said if you want to help people, you have to get your CFP® [certification], and he was right,” Alves said. “If it weren’t for him, I would not have been a CFP® [professional]. I might have been out of the industry altogether.”

Adi’s mentor motivated him to get his CFP® certification.

“If it were not for her, I probably would not have pursued the CFP® [certification] when I did,” Adi explained. “I would have pushed it off for a few more years. Especially since none of my clients asked about it.”

For years companies have implemented formal mentoring programs for women and people of color, but the most impactful mentoring relationships are informal.

“For some reason I felt a connection,” with the people he chose as mentors. As a result of these relationships, he was able to learn more skills quickly.

Studies show that women and people of color face a harder time finding a mentor. Alves says look for people you have a connection with. It doesn’t have to be somebody from your same cultural background. None of his mentors were Latino, it just has to be somebody who cares about you and who you connect with. 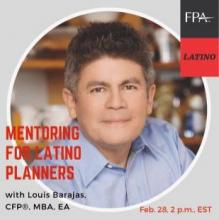 What Makes for Successful Mentoring Relationships?

Barajas mentored numerous people over the years—not all financial planners—and he says it takes both sides to make the relationship work.

In addition to effort on both sides, showing appreciation is also key, Alves said.

“Make sure you appreciate the time and advice that a mentor gives you,” Alves said. “If someone is trying to help you, you should show appreciation.”

Barajas will give a talk on mentoring for FPA’s new community, FPA Latino on Feb. 28, at 2 p.m., EST.

“I’m hoping that we attract mentors who are willing to share their stories and mentees who are hungry for advice to help grow as individuals as much as financial planners,” Barajas said.